After five months of being quiet on this platform, we figured it’s time for an update . . even though I have to say that moving around half the world and building a band base all new, it takes more time than seems to be allowed in our “instant everything” culture. Landing and experiencing food of a culture is easily and quickly achieved, but truely arriving as in being home takes time.

Work, writing & our set up space

For their visa, Jordan and Eli took on hotel cleaner jobs and moved two times, fun times. Although Eli took off June and some of July to write new songs. And after a year of writers block, all those songs are almost writing themselves. She went to Germany to visit family and a knot just came undone. The writing started in the plane and hasn’t stopped yet. She already set down with Jordan to look at some potential melodies and arrangements. At this state there are mainly lyrics getting formed, but it will be interesting to see the results in the future.

Of course work took away some free time, but their church provided them with a room in the basement, repurposed to be a practice room! It has been used as a storage room as you can see in the pictures and it seems that it can’t contain all the drumming gear of Taavi, but it’s our own practice space!

We didn’t have to start from zero, just adjusting to the old, now new amps and pedal boards, which have been held in the bus from our 2019 Tour. All gear is new gear – so we have been working with it, programming sounds and adjusting. Taavi set up his PA-gear that was still sitting around for some time and with some new microphones we will be golden. Eli brought her Ukulele back with her and Jordan his synth. The same midi-keyboard he had used at the tour is now back in use again.

Jordan’s new keyboard arrived on the 9th of July! It had to be shipped here from Denmark as they were not available in Finland at the moment. He had a Vox Continental before but we couldn’t take that with us in November when we left NZ. This one is a V-Combo VR 09B by Roland and the change of instruments requires him to figure out the features and his sounds again. He has been playing around with it ever since; in the practice space, the kitchen and even the bedroom! 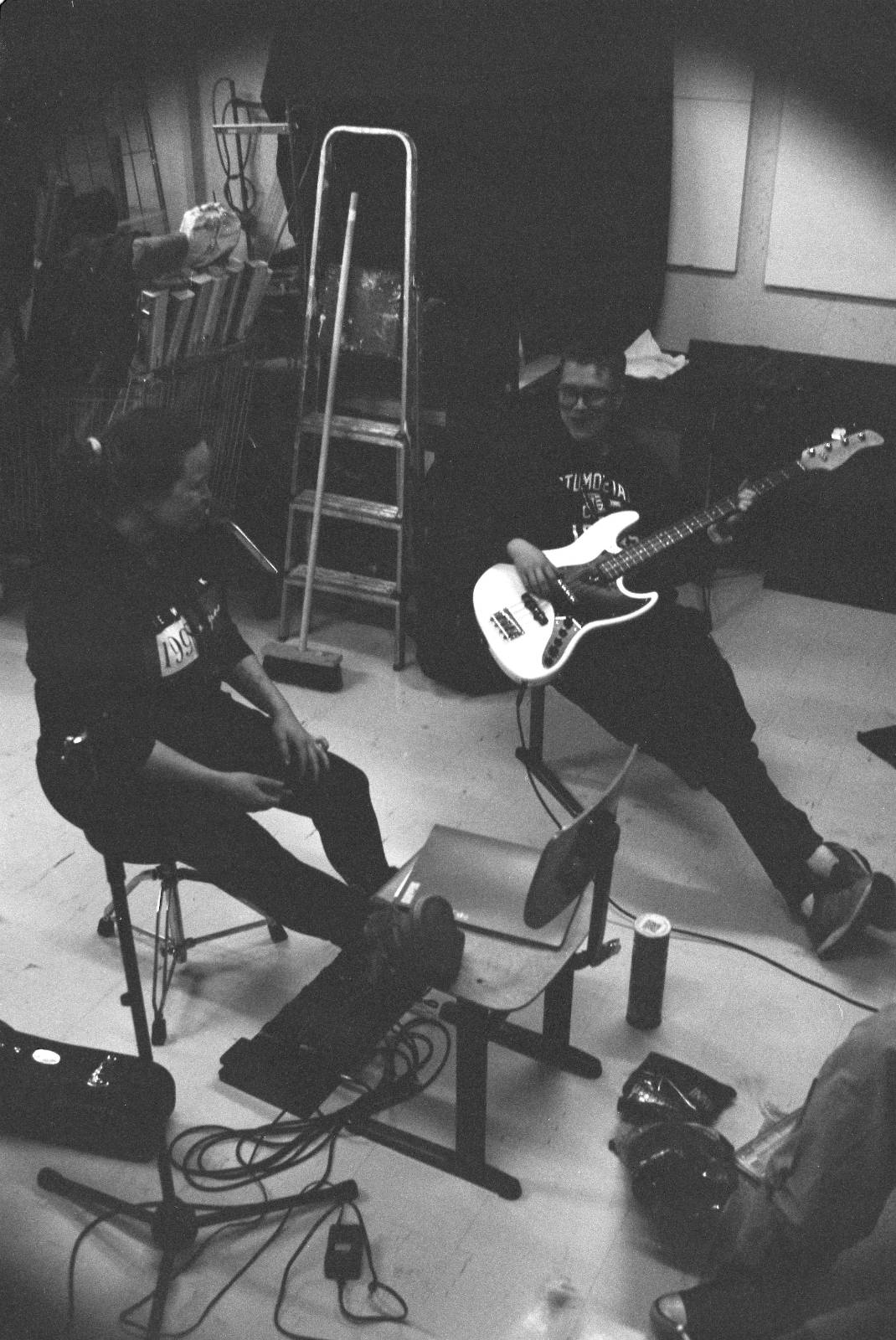 An old friend of Taavi called Juhani joined with his guitar and is learning the songs as of the last weeks. Some of the guitar lines are arranged by our first guitarist Will (like “Stand Still” from our single on spotify) but there are still so many open ideas to finalise and put into our demos. So we got some more work ahead of us and we will see if he is up for the challenge with at least this time not having a crazy deadline to learn the songs in an impossible short time, not that this ever happened before …

We also met Eero! He is a musician/sound engineer from Helsinki who also recently moved to Rovaniemi and set up his small studio here. He is also getting to know the songs now. Right now Okko is playing bass with us again and once again it remains exciting how our band constellation will be set up in the future.

Jordan and Eli are working towards their own routine of practice, composing, work and getting to know the culture. Just like Taavi and his family have to adjust and arrive in the culture they weren’t part of for six years.

In the meantime, we are planning to be a bit more active of sharing little insights on our social media the next weeks and Jordan is working towards setting up a gallery space on this website. He has been back into his hobby of manual photography.